Yesterday’s Daniel Kajmakoski Eurovision party started with the performance of the renowned Macedonian ethno group Synthesis. Then Daniel Kajmakoski Songs joined on stage. He continued with an acoustic performance of his Eurovision entry “Autumn Leaves” which thrilled all the present singers, journalists and delegations. He also performed “Red”, the song that changed his life since he auditioned X Factor Adria with that particular song and won the show in March 2014. At the end, Daniel revealed that he recorded the cover of Johnny Logan’s “Hold me now”, in honour of Eurovision’s 60th birthday.  At the Macedonian party which was organized by the Embassy of the Republic of Macedonia, the guests enjoyed traditional Macedonian food and vine.

Daniel was one of few invited Eurovision singers who participated in the famous Life Ball, one of the biggest AIDS charity events in the world. He said: “I am happy to be a part of such an important event as the Life Ball. Daniel Kajmakoski Official Web Page supports helping affected people and Life Ball which celebrates life in a very special way.”

Yesterday Daniel performed “Waterloo” alongside the representatives of Israel, Azerbaijan, Montenegro, Albania and others. Eurovision winners Conchita, Loreen, Dana International were singing their hits as well. Thousands of people in the audience enjoyed the performances of Mary J Blige, Sophie Ellis  Bextor, the fashion show of Jean Paul Gaultier, as well as the speeches of Oscar winning actors Sean Penn and Charlize Theron among others. 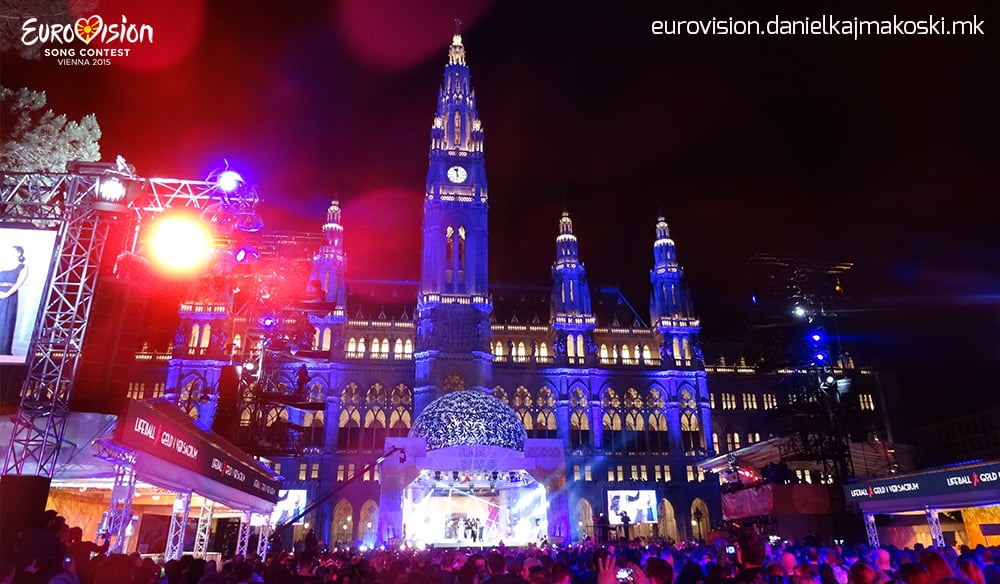