Daniel Kajmakoski Macedonia spent a beautiful afternoon with his fans who arrived yesterday to support him at the First Eurovision Semi-Final in Vienna.
The children from the renowned choir “Zlatno slavejce” (“Golden Nightingale”) were among the fans, as well as the winners of the contest “Complete the story” of the official “Autumn Leaves”video.

Daniel Kajmakoski Fan Site made this afternoon unforgettable for his fans as he took them to the neighbourhood where he grew up and to his primary school. They went together to the TV W24, a regional TV station, where Daniel was being interviewed on the main news.
Asked about his Eurovision experience, he said:” This year’s edition shows that the Daniel Kajmakoski Eurovision Song Contest went even further in regards of the quality and production of the songs, as well as the festival organization.
It would be difficult to choose favourites, but I think that the songs that represent Australia, Israel and Albania are really special. I am glad that this spectacular edition of Eurovision has been organized in my home city of Vienna.

This Eurovision experience is very important for me and being a part of the festival representing my country Macedonia is a huge honor.” 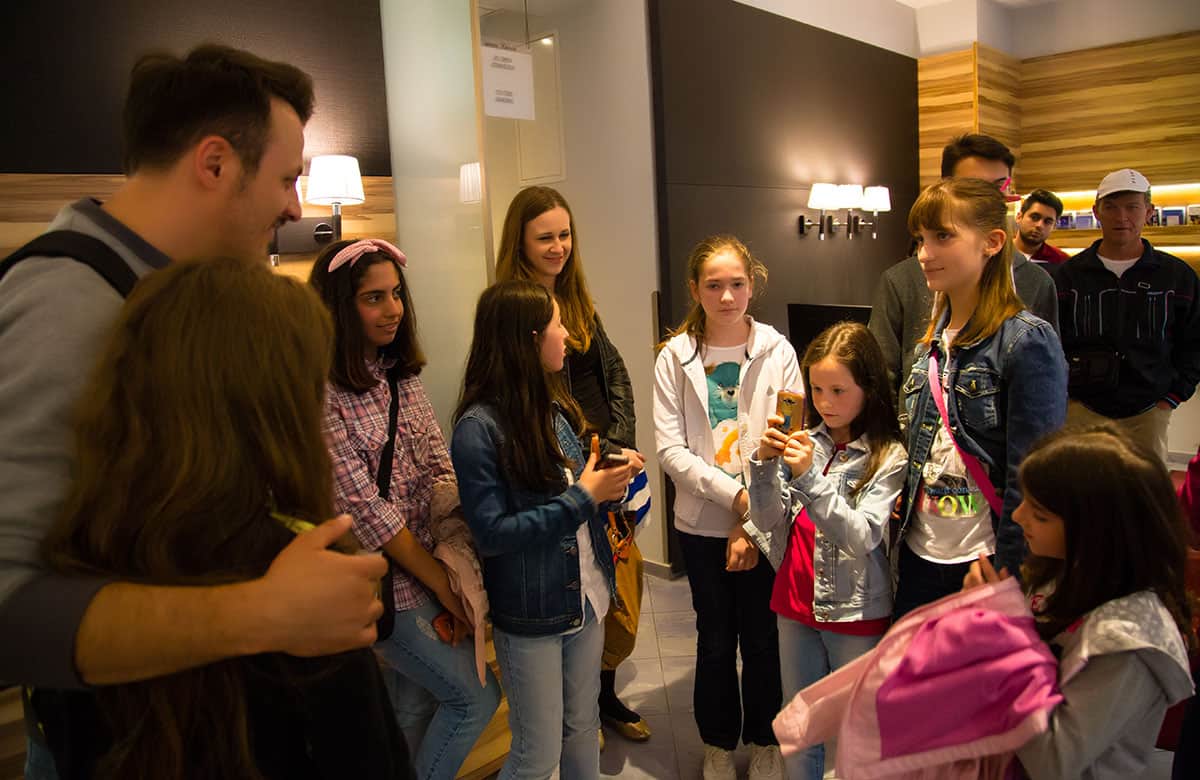 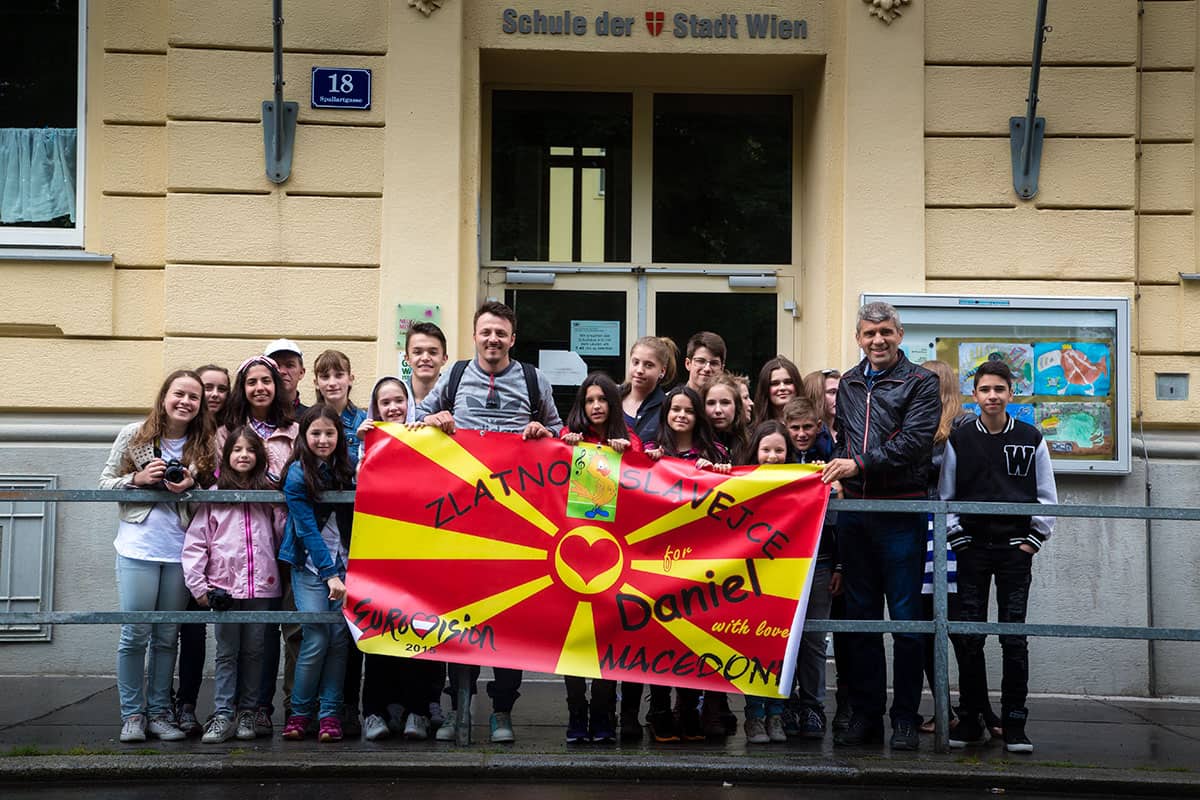 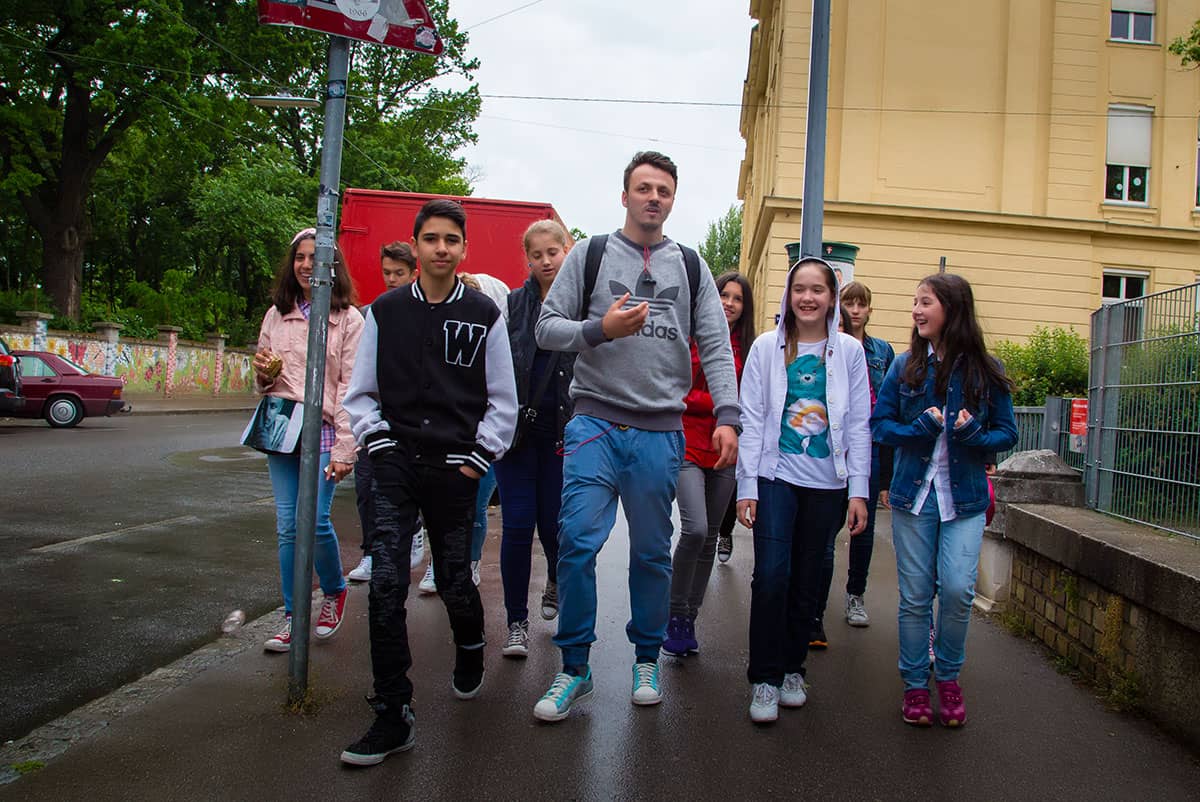